Back to blog from cricket ground

All has been quiet on the blog front. But not for long! We’ve got loads to tell you, but one at a time.

Amateur Cricket is everywhere and we’ve been in the thick of things for the past few months. We have been on the ground covering many different tournaments and plenty of activity has kept us running from one field to another. Chauka was used for scoring tournaments in Bangalore, Pune, Hyderabad, Minneapolis, Houston, San Jose and many more . The league of the Karnataka Institute of Cricket has been the biggest one covered so far (See the tournament ranks here). Pune District Cricket Association made Chauka.in the official platform for scoring for all their current and future leagues.

A big ‘thank you!’ to all of you for your feedback. It has enabled us to make Chauka even more awesome. A lot of new features have been added, making it versatile, have smoother user experience and give greater sharing capabilities adding whole lot of josh to playing cricket!

Now at Chauka.in you can easily create your profile, join a team, create match, score using mobile app, see live scorecards of your matches, generate statistics to measure the team & player performance, join tournaments, get ranked for all the matches played and a lot more features were added which will be covered in coming blog posts.

Our free mobile app is now available on Android and Blackberry app stores making it very easy to record scores on the field, as the action happens. The interface on a phone also makes it very easy to use and provide tools to make match scorecards & player stats accessible to a larger audience. 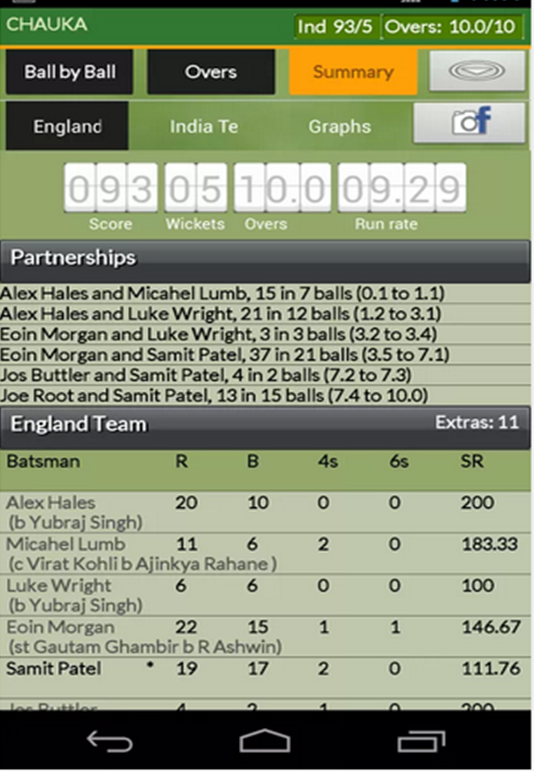 Chauka.in was created to cater to the needs of all young “Galli” cricketers and semi-professionals. While it is the perfect platform for amateur cricket, Chauka also provides robust features for handling any kind of Cricketing league. All you need to do is log in with your Facebook Id or Email Account, create a profile and start living the Cricket life. Chauka.in gives you everything Cricket, all in one place!

Venkata Manoj Iragavarapu started Chauka in 2012, aiming to bring amateur cricketers together and to make it easier to play cricket.